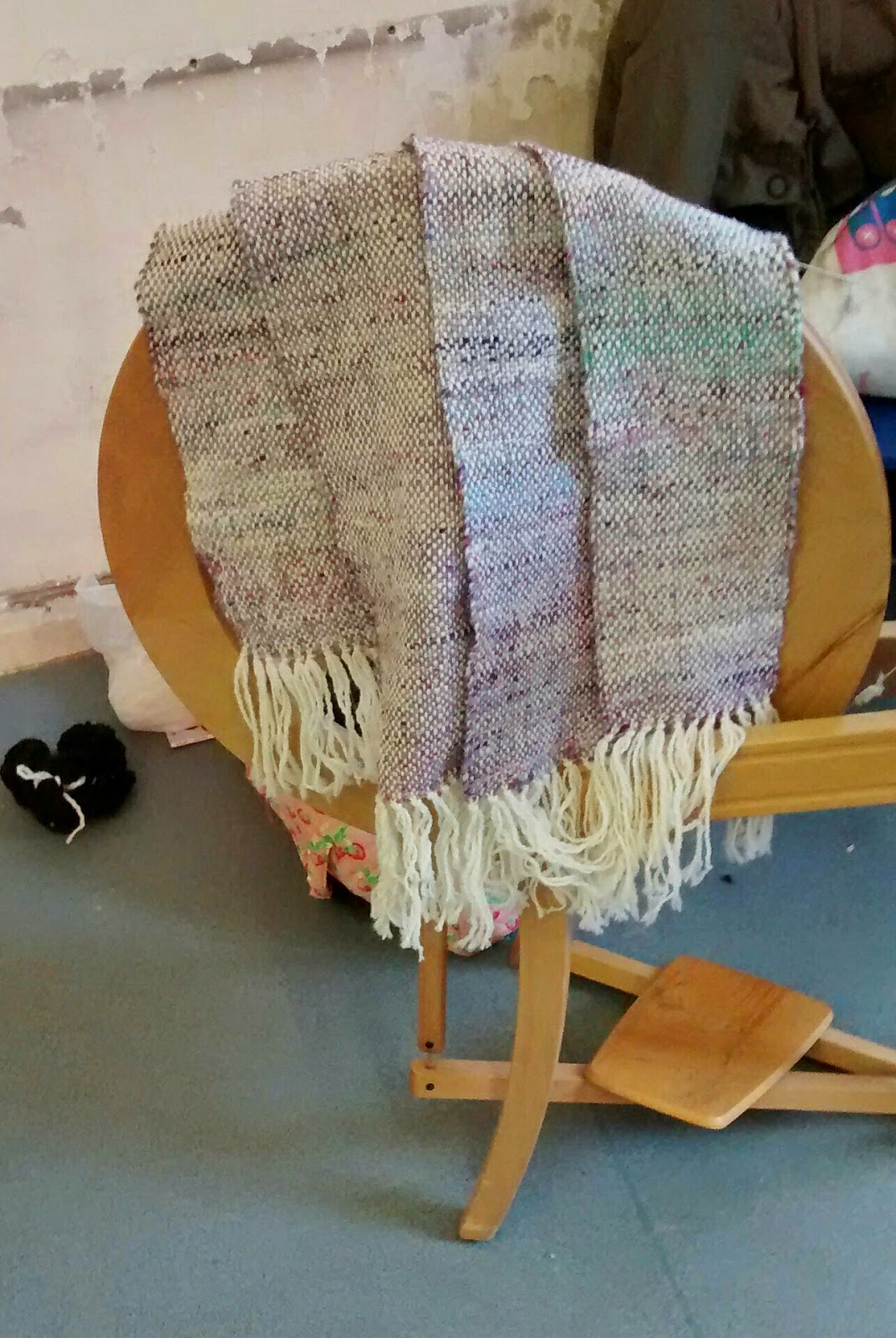 Posted by Abergele Guild of Weavers, Spinners and Dyers at 16:44 No comments:

Email ThisBlogThis!Share to TwitterShare to FacebookShare to Pinterest
Some banner felting results: 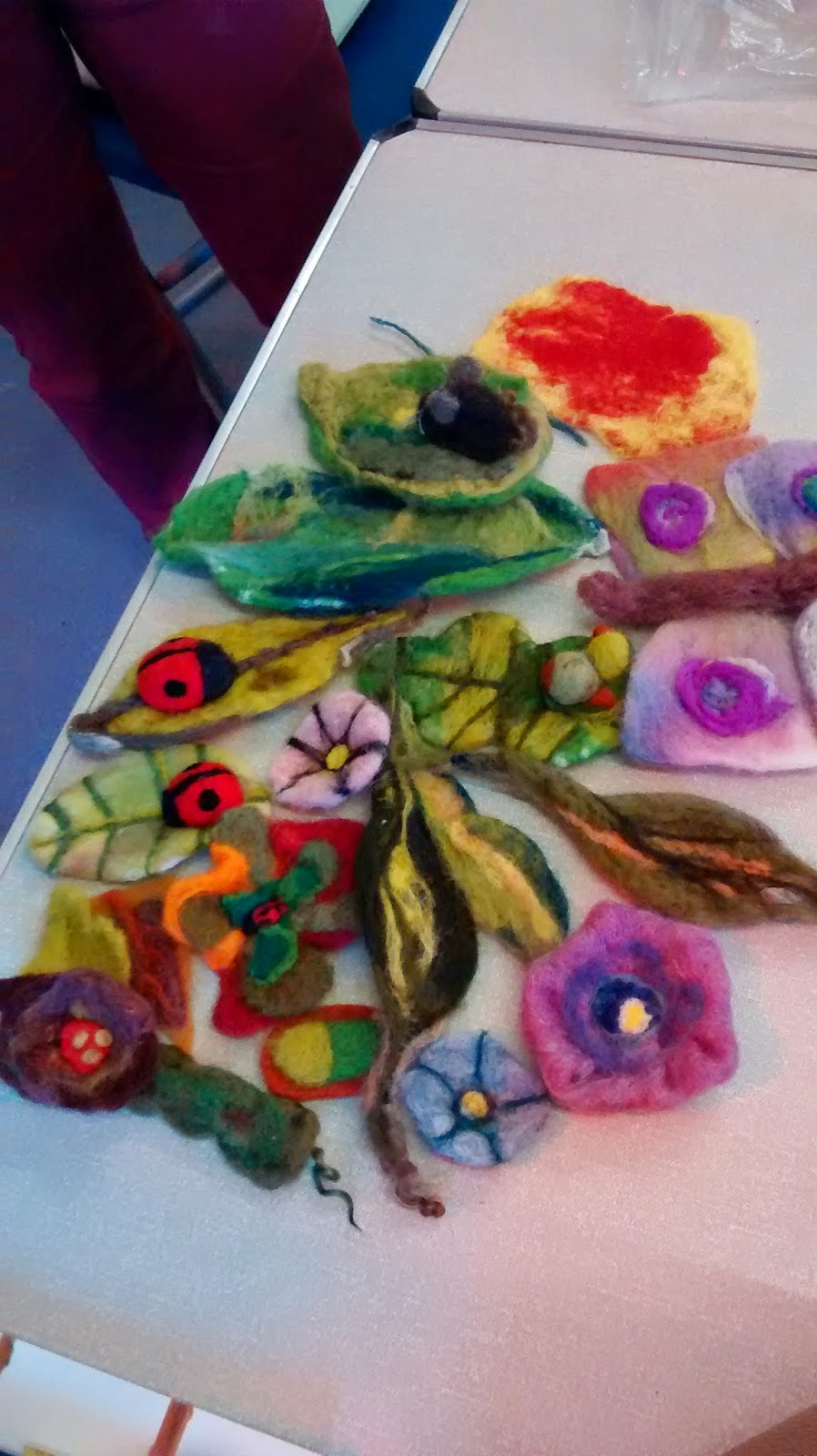 Posted by Abergele Guild of Weavers, Spinners and Dyers at 16:14 No comments:

We had a busy day in LlanfairTH on Sunday, 9th. November:  as part of the preparations for our 30th Anniversary next year we have decided to make a new felt banner.  We don't have a definite design yet, but seem to have arrived at the idea of a "Tree of Life" as a basis (this may change!).  So, today we were busy making leaves in felt.  Some of us made traditional "wet" felt pieces while others had a go at needle-felting.  Jenni and Bryn had been on a short course, and passed on their experience to others.  A few needles were broken, and a few fingers were stabbed during the process of repeatedly and rapidly prodding fleece to make felt, but everyone had a very productive time.  Some bolder souls had a go at three-dimensional work and produced some impressive rodents and insects.  Let's hope there will be room on the banner for everything.

Several people took photographs, and I'm hoping they will post them.  In the meantime, here are my poor efforts which were badly affected by the red light from the heaters. 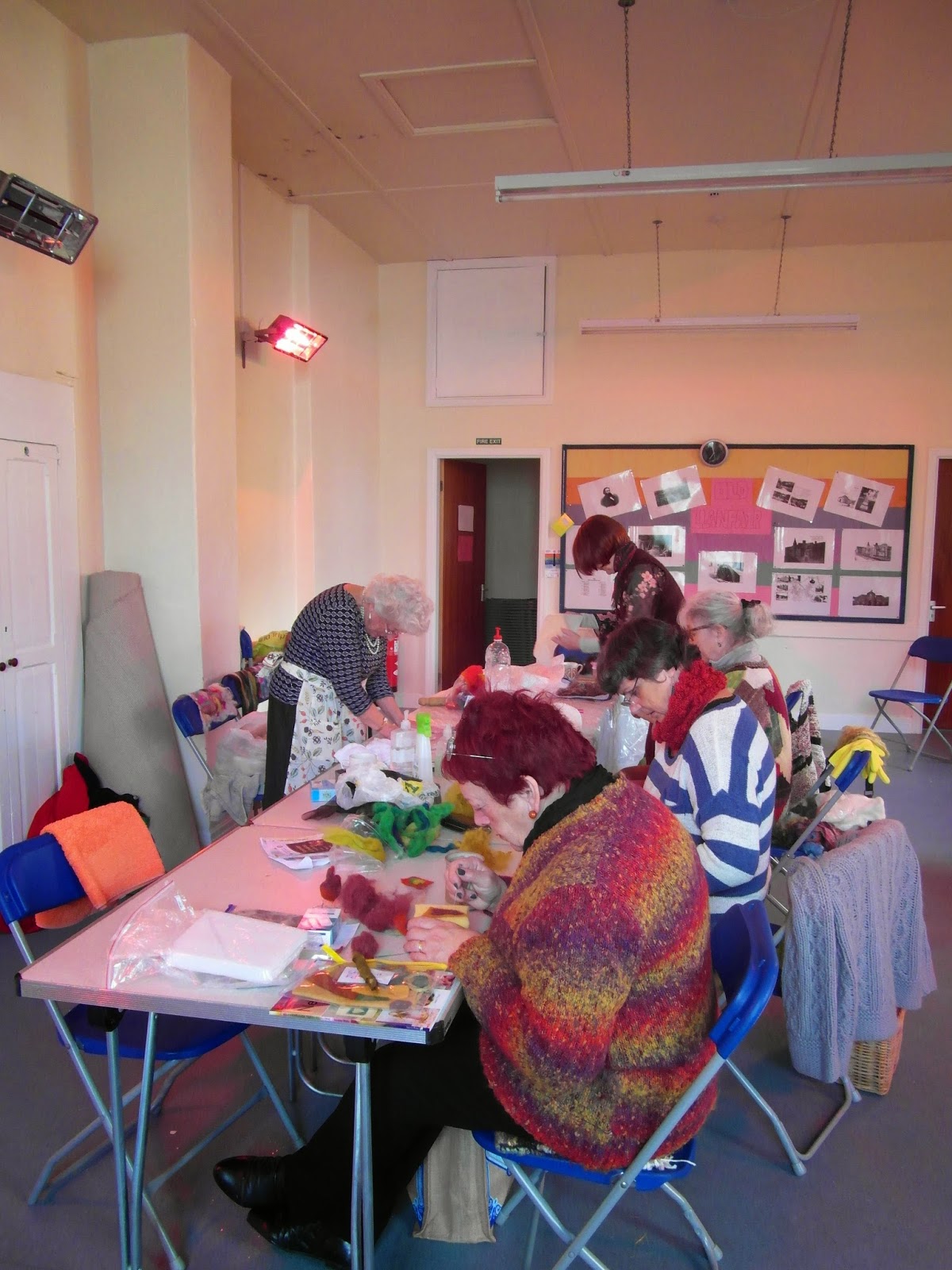 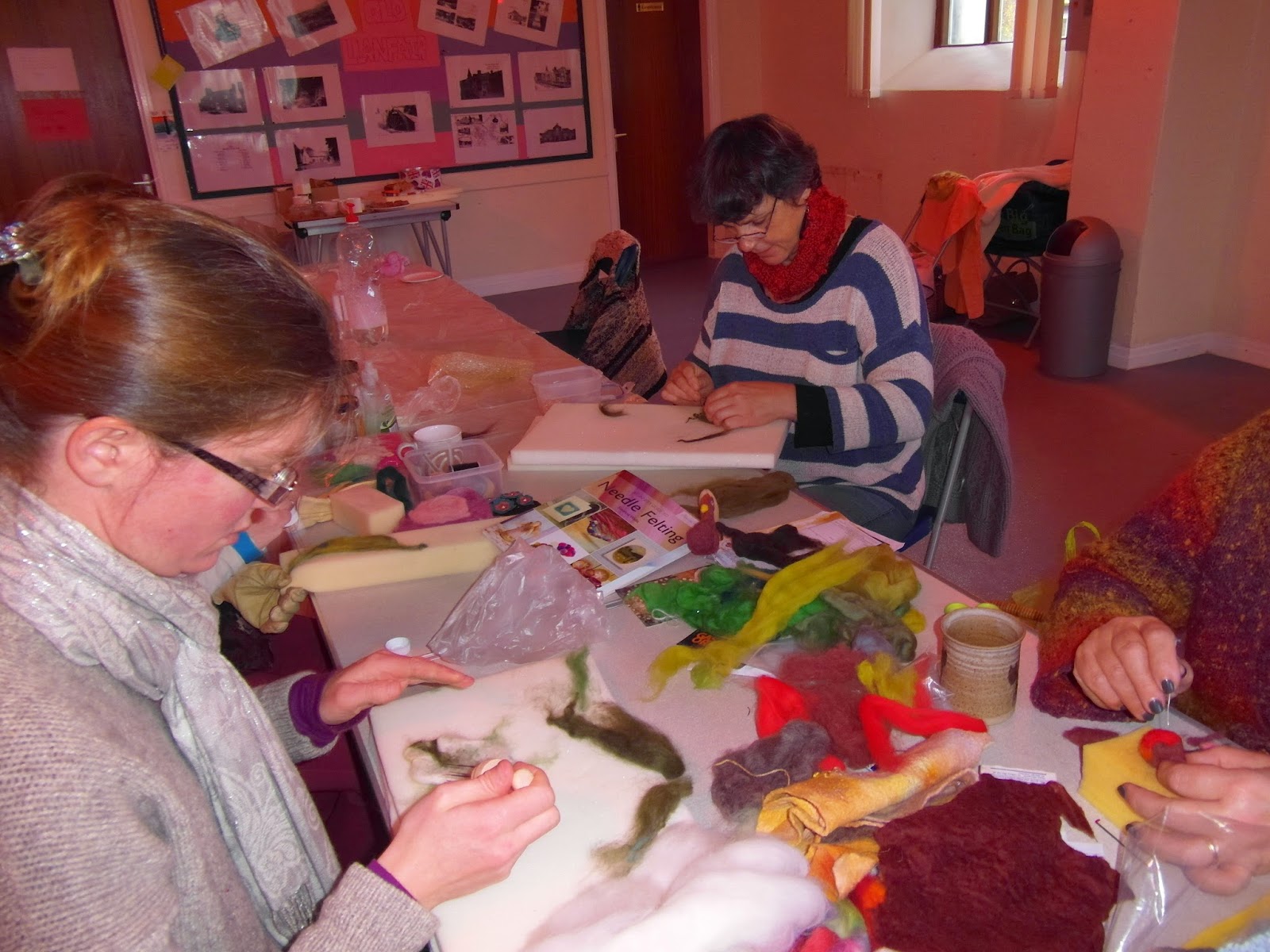 AC
Posted by Abergele Guild of Weavers, Spinners and Dyers at 18:56 No comments:

Email ThisBlogThis!Share to TwitterShare to FacebookShare to Pinterest
Labels: felt making, fleece, needle felting
Newer Posts Older Posts Home
Subscribe to: Posts (Atom)
This website is hosted by Google, which uses cookies in line with its' Terms & Conditions.
All images on this website are copyrighted and may not be reproduced without permission.